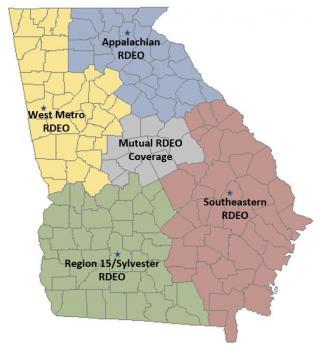 The Georgia Bureau of Investigation, having statewide original jurisdiction in drug enforcement investigations, is committed to providing the highest quality drug enforcement services for the citizens of Georgia through the contributions of highly skilled employees, state of the art equipment and a well defined strategy. Our continued focus is to combine GBI resources with existing federal, state and local resources in a cooperative effort to identify and investigate individuals or drug trafficking organizations which are importing, manufacturing and distributing illegal drugs in Georgia.

Currently, the GBI has drug enforcement offices in Carrollton, Cleveland and Metter.  The Sylvester office is designated as dual purpose office; meaning that they respond to general requests for assistance from local law enforcement, as well having responsibility for the GBI’s drug enforcement effort within a designated area of Georgia’s counties.

The GBI, in partnership with the Criminal Justice Coordinating Council and local law enforcement, currently supports 11 statewide Multi-jurisdictional Drug Task Forces (MJDTF).  Under this concept the GBI assigns a supervisor (at the rank of Assistant Special Agent in Charge) to serve as the Task Force Commander.  That supervisor provides supervisory and operational oversight.
In many geographical areas of Georgia, these MJDTFs provide the only substantial drug investigative response in that area.

The GBI also has agents assigned fulltime to the following task forces:

The Atlanta HIDTA consists of federal, state, and local drug agents who focus on identifying and arresting the most prolific regional drug traffickers operating in various counties such as DeKalb, Fulton, Gwinnett, and Cobb, which contain the highest concentration of large-scale drug traffickers in the Atlanta metropolitan area.